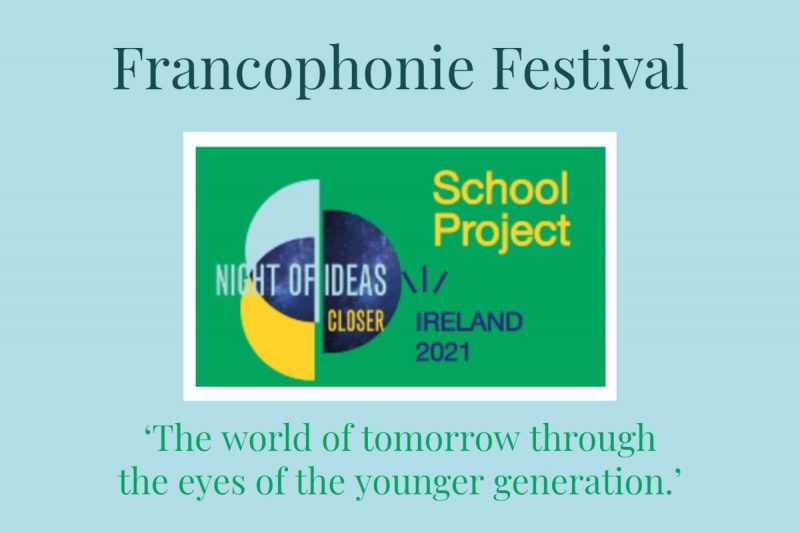 On Friday 19th of March, the TY French class represented our School in a Francophone debate organised by the French Embassy and animated by the Young Ambassadors for Climate (Paris).
As a cross curriculum activity, in Religion class, they have also worked on the documentary Home of Yann Arthus Bertrand (available in French and English). They wrote a beautiful Manifesto. Siofra opened our school presentation with a beautiful and sensitive reading of it in French.
Lucy, Isobel, Junjia, Jinrui, Ahana, Maria, Dorothy, Holly, and Jessica  read aloud their creative texts inspired by the documentary.
In the second part of the evening,  they participated in a debate in French :  “The world of tomorrow through the eyes of the younger generation”
They were all amazing, showing a brilliant level in French and a deep thinking on our world and its future.
You can watch the video of the evening here.
Well done girls, you have shone and were brilliant representatives of The Teresian School !!
Sandrine (French Teacher)
Matet (Religion Teacher)
0Shares
PrevNext