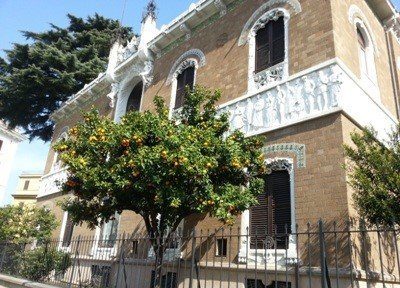 The 75th anniversary of the liberation of Auschwitz highlights in a special way deeds of welcome and humanity by five courageous women. In their honour a simple and moving ceremony is due to take place on the 16th February in the headquarters of the Teresian Association in Italy.

On that Sunday evening, a plaque will be unveiled there by the International Raoul Wallenberg Foundation, naming the house as a House of Life.

During the occupation of Rome by the German Army in 1943-44, members of the Jewish community were arrested and sent to death camps such as Auschwitz. The five members of the Teresian Association who were in Rome at the time opened their house to shelter a significant number of the Jewish community, as well as others who were fleeing from Nazi persecution. This was at great risk to themselves; anyone who was found disregarding the laws about Jews (unjust and criminal in themselves), was liable to be executed immediately.

With rationing of food and fuel, water shortages and unreliable electricity, it was a daily struggle to provide for the hidden guests, but that is what the five did, discreetly and compassionately. It was simply the right thing to do, in solidarity with those who were suffering. They were faithful to the legacy of St Pedro Poveda who had said, in relation to other events, “Fill yourselves with the love of Christ to pour into this society which is burning with hatred and vengeance.”

The five who will be commemorated, all since departed this life, were: Anna María López, Milagro Nadal, María Luisa González, Matilde Marín and Mariana Martín.

The name House of Life has already been given to a number of buildings in Rome – a family home, monasteries, convents, seminaries and now to the current house where the Teresian Association in Italy is domiciled. Houses in other cities in Italy and elsewhere in Europe also have the name, commemorating brave people who showed solidarity and courage. 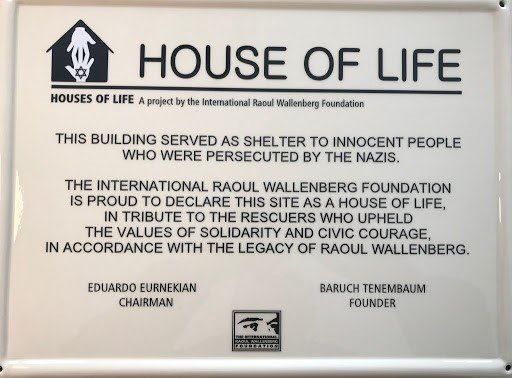 The mission of the International Raoul Wallenberg Foundation is to develop educational programmes and public awareness campaigns based on the values of solidarity and civic courage that are the ethical cornerstones of the “Saviours of the Holocaust”, also called “Righteous among the nations”.

Raoul Wallenberg is the Swedish diplomat who while based in Budapest saved the lives of thousands of Jews and others persecuted during World War II. In January 1945, he went missing; it has since been established that he was arrested by the Soviet forces. He was never seen again. You can read about him here.