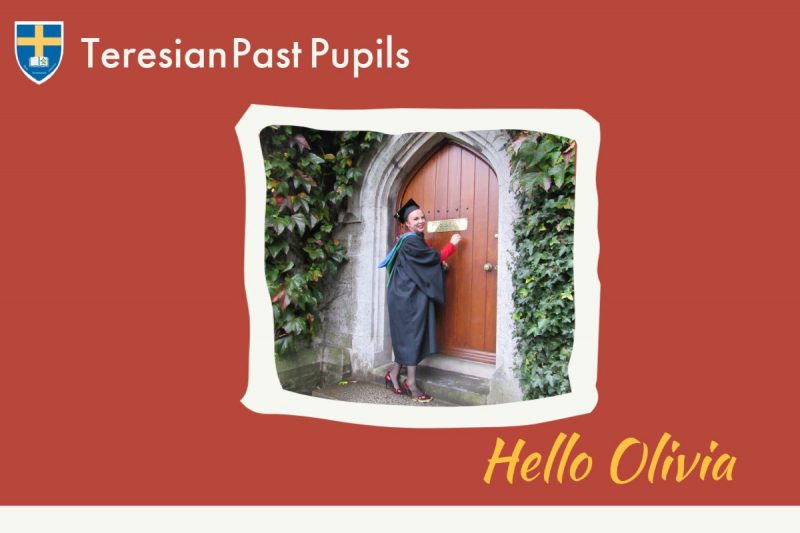 For our final #tbt of this half term, we heard from Olivia Schmidt, Teresian Class of 2013.

Olivia has been living in Bavaria for a little over a year, working on a cell and molecular biology project at the University of Erlangen and Nuremberg in order to attain her Doctoral degree.
Olivia actually spent the first part of her life in Germany, but moved to Ireland in 2006 and began her studies with the Teresian School (her mother and cousin are past pupils too!) Her Teresian classmates may remember her as a dancer as she was known for entering the talent competitions during her school years.
After finishing secondary school, Olivia went on to study Genetics in University College Cork, where set up and ran a student-led society focusing on healthy living, of which she was chair  for two years. They ended up being short listed for society awards and Olivia received two awards for her work with the society. She graduated with an Honours Bachelor in 2017, then returned to Dublin, to study a Masters in Translational Oncology.
After the pandemic hit Ireland, Olivia moved back to Germany, where her family was, as there were no jobs to be had. She is loving  every minute of the work she is doing now on her programme.
Olivia’s most vivid memory of her time in the Teresian School was playing basketball in third year:
‘We managed to get all the way to the finals, with the B team I think it was. I remember playing on an injury and I had a surgery organised, but kept postponing it because of the success of the team. We went on to win the final!’
That’s a great memory to have! Thank you for sharing your story, Olivia!
0Shares
PrevNext