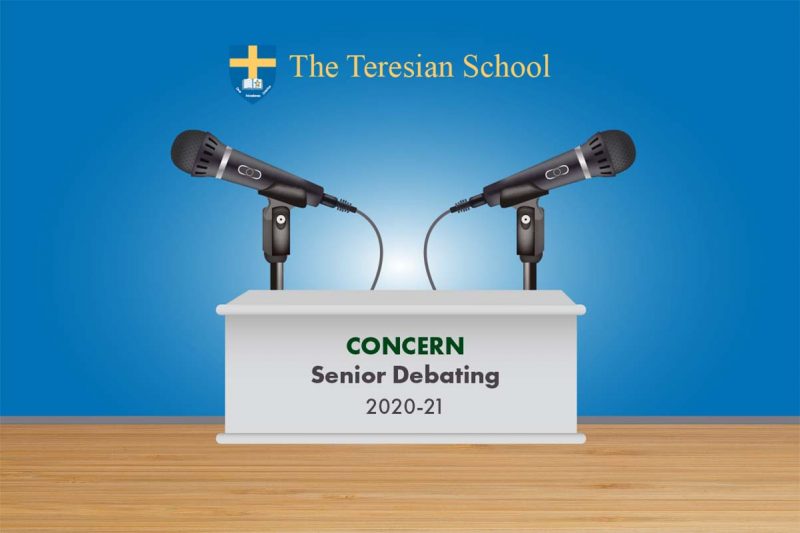 Congratulations to the Concern Debate Team.

Our team won their second debate against Crana College, Donegal. The motion before the house was: This time, after the death of George Floyd, ‘things’ will be different. The Teresian School proposed this motion and the team comprised of two 6th Years, Caoilfhionn Casey and Sophia Barretto and two 5th Years, Saumia Suhinthan and Sara Erdensuren.

This follows on from their win over St. Mary’s College, Arklow in their first recorded debate of the competition earlier this month. The team opposed the motion and won with a unanimous verdict (3-0) ‘Criticism of the WHO over its handling of Covid-19 is irresponsible and unfair.’

The team will take a break now until January, for their final two debates on the 19th and 26th:

Motion : Nuclear power is essential for a clean energy future

Motion : Brexit will be good for Africa